A HEARTFELT and BIG THANK YOU to everyone who signed the petition about how to protect mako sharks – which are on the brink of extinction.

The petition was addressed to the Canadian Ministers who needed to change their vote from NO to YES at the most recent CITES convention, and they did!!!

CITES only meets every three years and is a multilateral treaty to protect endangered plants and animals (an international agreement between governments). It’s one of the largest and oldest conservation and sustainable use agreements in existence.

The conference had their final voting only a few days ago and just like our favorite Manta Rays, now Mako Sharks, Giant Guitarfish and Wedgefish will be added to the Appendix II which means they earned international protection from exploitation. These species have a chance of recovery and not going extinct during our lifetime.

Time is the most critical factor in all efforts and it seems that slowly but surely intensive campaigning, incredible imagery (all © Shawn Heinrichs) through social media and other channels are making a difference. Choosing protection over short-term profits is the only solution for the incredibly complex problems our planet is facing.

Mahalo to the tremendous work and zeal from Shawn Heinrichs and Sea Legacy who were the driving force behind this uphill battle.

Always remember that we can all make a difference and collectively we will be #TurningTheTide! 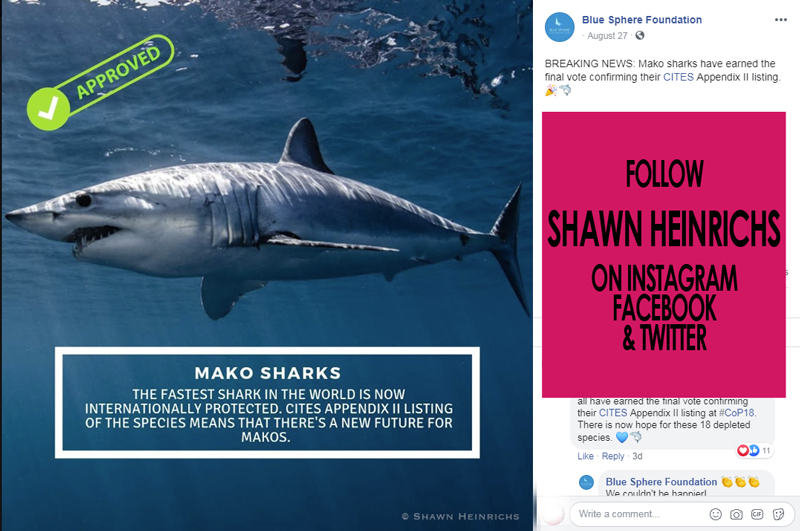 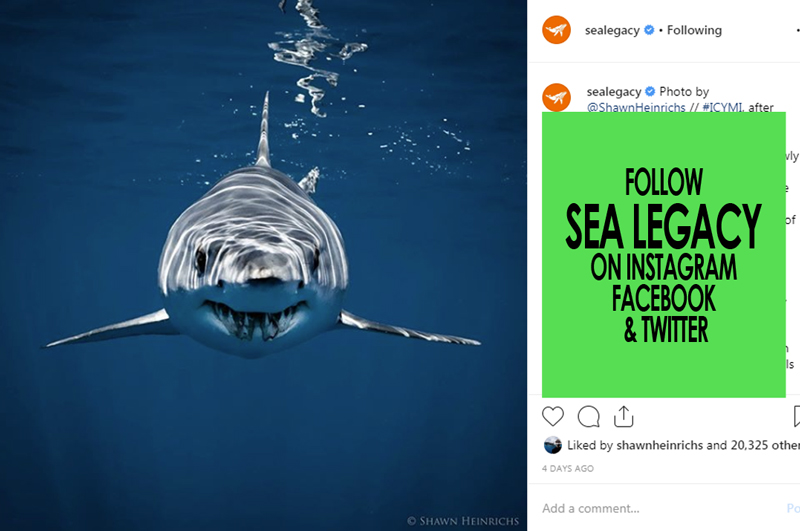