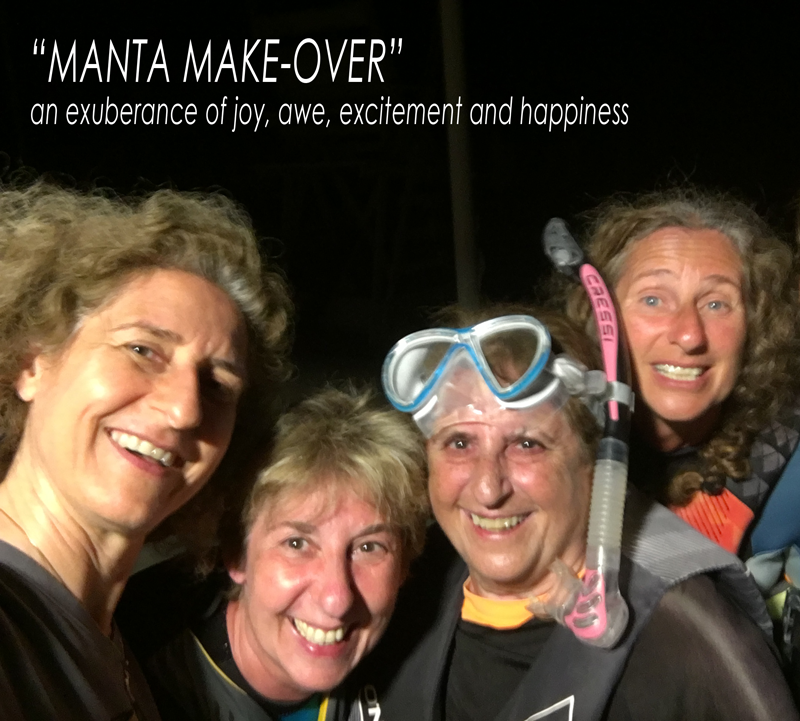 BEFORE: Intimated, worried and sometimes fearful about going into the ocean at night with big fish.

AFTER: An exuberance of joy, awe, excitement and happiness to having

This is the moment I treasure the most in all the combined efforts to increase awareness and education to protecting the ocean and marine life.

It’s simple: The mantas’ beauty touches your heart, and once you feel for them, you want to care for them. Just as Jacques Cousteau said: “People protect what they love”.

Many of you have already experienced the manta rays first hand, or you are planning to do so. You are an ocean advocate, and that is what I am counting on when I am asking you for a simple favor today.

The other day a guest had just experienced his “make-over” and wondered: “What can I do to make the (manta’s) world a better place?”
My response: “The next time a petition is asking you to support them, go ahead and sign it. Let your voice be heard – small or big, collectively we make a difference”.

Today I am asking you to sign the petition that will help protect Mako Sharks and here is why it’s very important.

A mind-boggling 70-100 million sharks are killed every year for the immense demand for shark fin soup. An unsustainable number and driven by the Asian Black Market.

Although many know about the shark fining problem, here is the eye-opening consequence: if fisheries around the world keep targeting the apex predator of the ocean and too many sharks are removed with no time to replenish, the Eco-system that humans rely on will collapse.

Things need to change fast as there is probably only 10-20 years left to turn the tide! 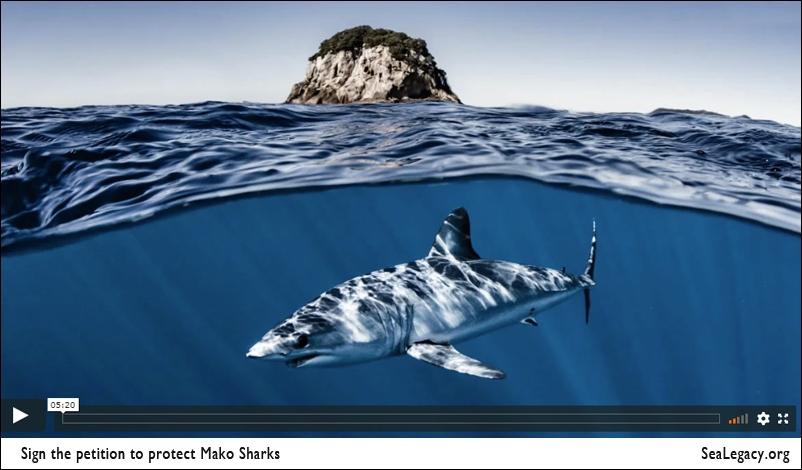 Every three years the Convention on the International Trade in Endangered Species (CITES) of Wild Fauna and Flora meets to include or delete species from the Appendices, and it’s happening right now.

The convention is a multilateral treaty to protect endangered plants and animals (an international agreement between governments). It’s one of the largest and oldest conservation and sustainable use agreements in existence (Wikipedia).

Manta Rays were added to Appendix II in 2013.

When you watch the video, you will not only see incredible mako shark imagery by Shawn Heinrichs, but also hear from a reformed fisherman who states: “Here we were just catching them [sharks] basically for the fins so that someone could have a bowl of bloody soup.”

Please do me a favor: Watch the video and sign the petition. You will make a difference. I know it!