The Difference Between Eagle Rays, Stingrays and Manta Rays 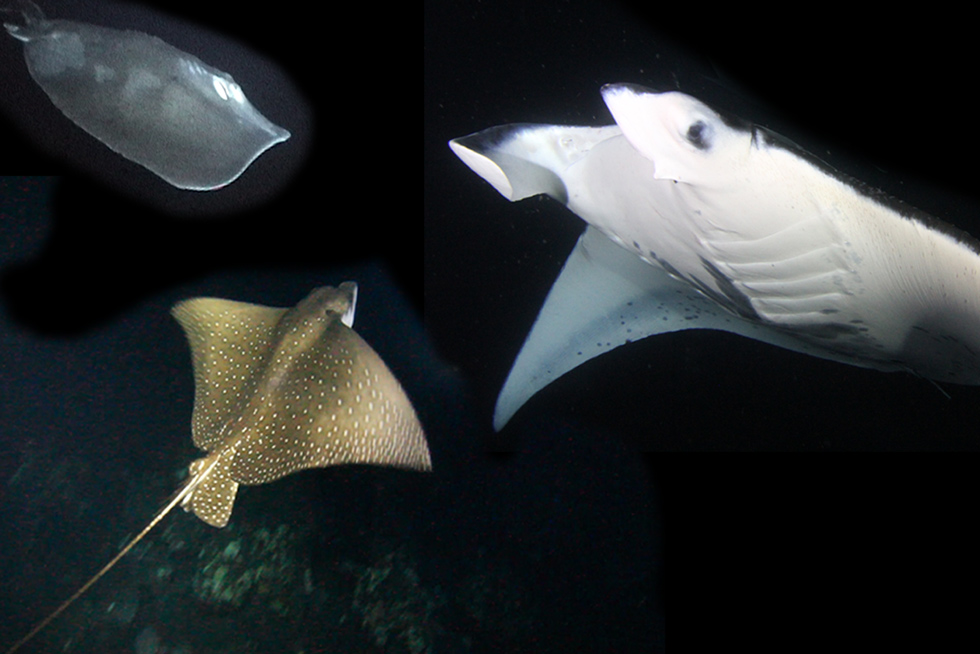 Many people think they’ve seen a manta ray – while in reality, they spotted a different animal. There are so many different types of rays in the ocean!

When you come to Hawaii, there is a good chance that you would see a spotted eagle ray and sometimes even a stingray – although the latter is quite rare. Along the coastline, you will mainly see graceful reef mantas.

There are a lot of differences between these three types of rays – like their diet, their size, and how they look.

Let’s dive into that in the following article!

Note: I have also recorded a video about this topic with very descriptive footage. If you would prefer to look & listen, click play to watch the video. Once you see all three types of rays it will be easy to distinguish between them but if you prefer reading, read on below!

Spotted eagle rays are easy to identify by the white spots on the dorsal side.

They are usually found in shallow coastal waters and in warm and temperate oceans all over the world, where they feed on small fish and crustaceans. They find their food by digging with their snout through the sandy rubble.

Spotted eagle rays have venomous barbed stingers behind the pelvic fins, located by the tail. And as you can see in the picture below, they’re spotted all over their backs – which gave them their name.

These guys are not aggressive and pose no danger unless you come too close; they are really shy and get spooked easily.

Stingrays are rarely seen in the ocean around Hawaii as they live at a depth of more than 50 feet (deeper than 17 meters). That doesn’t mean they’re not there though!

The Hawaiian Stingray is native to Hawaii and can grow to a wingspan of 3 feet (1m).

Hawaiian stingrays lay half-buried in the sea bed when resting and they are masters of camouflage. Their mouth is located underneath the body and their diet consists of both invertebrates and bony fish.

Hawaiian sting rays have a stinging spine near the tail base, just like their non-Hawaiian counterparts.

The manta ray is the largest of the three ocean rays. There are two types: the reef manta we often encounter on our moonlight manta swim adventures – and the giant manta ray or pelagic manta, their more mysterious (and sadly, endangered) counterpart. Mature reef manta females can reach a ginormous 12-14 feet or 4-5m wingspan.

Reef mantas are found among coral reefs, in temperate to tropical waters worldwide.

They have no stinger, teeth or barb, their only way of defending themselves is to swim away.

Manta rays filter-feed on plankton with a complex system of brachial filters.

Mantas and spotted eagle rays never stop swimming, unlike the stingray who can rest on the ocean floor.

Download the Manta Ray Guide below to get your facts about mantas straight! Learning about the gentle giants of the sea is the first step towards becoming a manta ray advocate, and helping us protect them and other marine life around Hawaii.