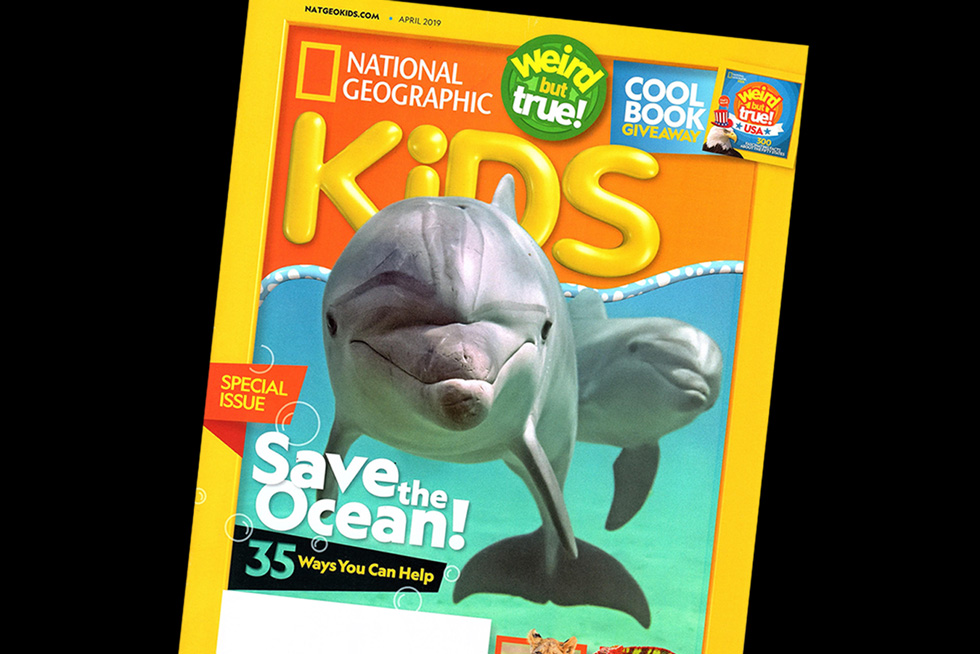 Most of us have, and as a wildlife photographer and videographer, capturing a viral video is like a dream come true. I had the chance to film an underwater encounter in 2013 that touched the hearts of millions. After going viral online, the video footage (and the story) garnered worldwide attention.

It’s been viewed on YouTube well over 40 million times and has been featured on BBC, NatGeo, APP, Good Morning America, ABC, CNN, CBC, and Reuters – just to name a few of the outlets that ran the story.

Even six years later I am still stoked to regularly receive inquiries for the iconic footage; just the other week the German TV station WDR purchased it for their show “The Animal in You” airing on April 28th, 2019.

Add to this, the newest publication in National Geographic Kids Magazine which has (according to Wikipedia) a readership of 4.6 million!

Here is a preview of the magazine’s dolphin rescue coverage:

A TRUE STORY THAT MATTERS

If you haven’t seen this blockbuster viral video (or to be awestruck again), here is an abbreviated two-minute version for you to witness one of the most unique human/dolphin encounters ever captured on film. It is a true example of a dolphin’s intelligence.

We had the privilege of a second encounter with the dolphin we rescued. We call him “Notch.” The entire story, before the rescue, the rescue, and the reunion were featured at our local Waimea Ocean Film Festival and at the International Hero Film Festival.

Dive into the extended film version at DolphinRescueHawaii.com.

The positive feedback about the story has been overwhelming. It felt like a great opportunity to reach a wide audience with the message that’s been at the heart of my life’s work- the critical importance of ocean conservation.

I decided the message needed to reach the next generation – and set out to tell the story in a children’s book format- which was the beginning of another cool journey and learning experience.

The book was financed through a successful Kickstarter campaign and then self-published at the end of 2017. 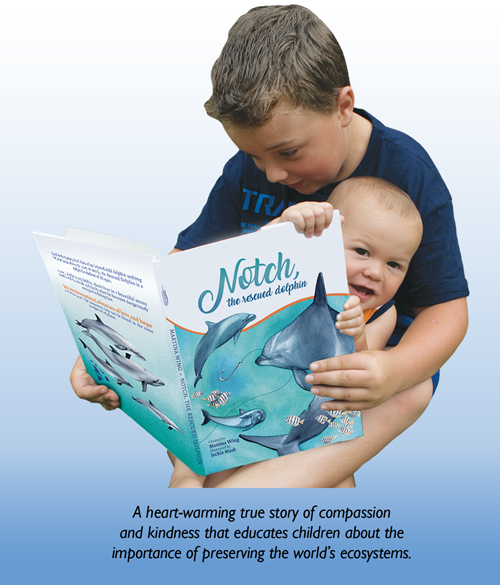 At the time of this article, approximately 1,300 copies of Notch, the Rescued Dolphin have been sold in the last 15 months, mostly at local vendor markets, school events and online.

You can share, preview, and order the book too for someone you love via the following URL: NotchDolphinBook.com

Notch, the Rescued Dolphin is a great teaching tool for children of all ages – covering many important messages: