How smart are manta rays? What’s that big brain for? 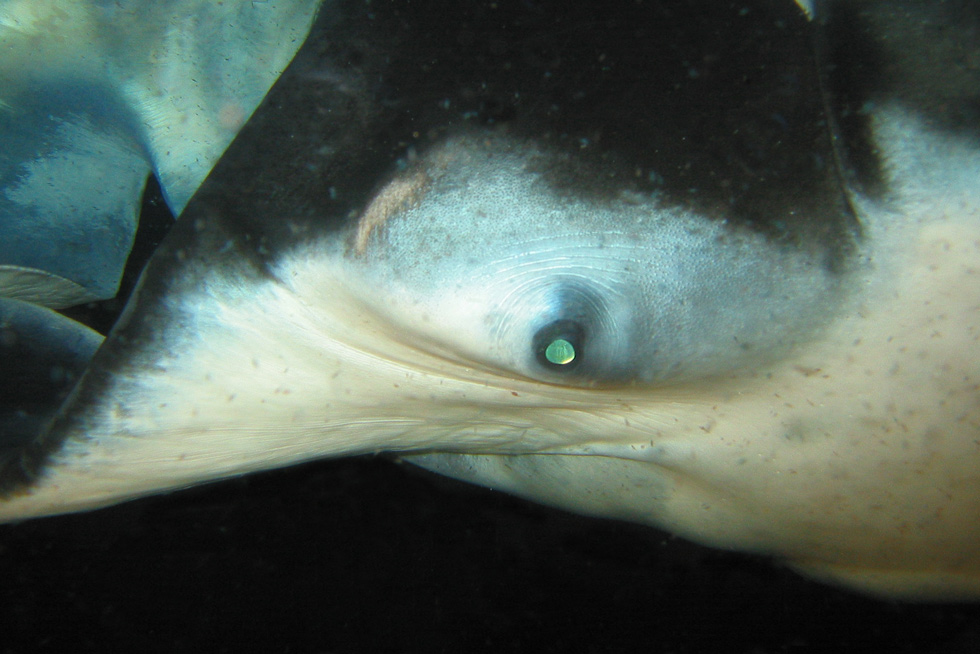 The brain of a manta ray is as large as a fist – which might not seem much if you compare it to humans or other mammals, however, mantas have the biggest brain-to-body ratio of all fish.

We still have a lot to learn about manta rays and an intelligence test for fish has not been developed yet (although there have been attempts!) but here are a couple of amazing things that “prove” manta rays are smart.

Manta rays travel long distances under water, and they must have an incredible sense or knowledge of the underwater landscape and navigation. We encounter the same manta rays for years along our coastline.

We often have the same mantas show up for our moonlight swim for days, months, or even years on end, which means they know where they need to go for an abundance of food and human entertainment!

Back in 2016, the University of Colorado conducted an experiment with manta rays and mirrors. Not only did manta rays react to their reflection, they even started making fin movements while watching the reflection in the mirror… and their behavior was clearly different from the interaction they would have with other manta rays.

The results were controversial, in no way proved that manta rays are intelligent, and led to more discussions. However, this experiment shows that mantas have a capacity for self-awareness that most other fish don’t have.

What is Intelligence Anyway?

When I talk to people about the mantas’ intelligence, I always question the definition of intelligence. We humans think that we are so smart but destroy the only planet we have and kill millions of animals without any regard or remorse.

If you’d like some more food for thought on the matter, watch this TedX talk (also from 2016) from Carl Safina – about what animals are thinking… and why it matters.

Want to know more about manta rays, their behavior, things we know and the things we don’t know yet about them? Check out this article to learn all about the gentle giants of the sea – and download our free “Manta Ray Facts & Figures” ebook!