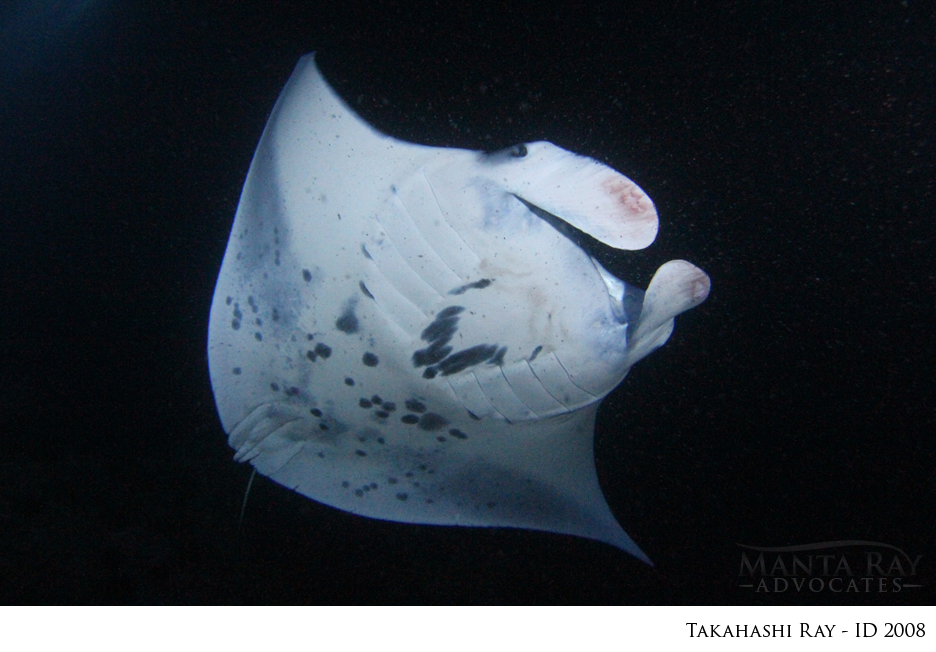 The dive site “Manta Village” is located near the Sheraton Keauhou Bay Resort & Spa (formerly Kona Surf Hotel) in Keauhou on the West Coast of the Big Island of Hawaii.  The official name is Kaukalaelae Point.

“Manta Village” is the original site where everything started back in the early 70’s, when the Kona Surf Hotel opened.

The resort illuminated the surf zone with bright floodlights, so guests could enjoy the beauty of the wave action at night from the rooms and public viewing decks. Unintentionally, this attracted manta rays to the area because the lights caused planktonic marine life to concentrate in the water near the shoreline. Over time, the manta rays “learned” that this was a favorable feeding area.

This process is called “Classical Conditioning” or “Pavlov Effect”. The manta rays began to associate light with their natural food source. This is the only place in the world where you can be an arm’s length away from this truly remarkable and beautiful creature. That makes Hawaii unique in all the world.

In 1991, Jim Robinson, prior owner of Kona Coast Divers, decided to schedule scuba night dives on Monday nights in front of the resort, because he was aware that manta rays were frequenting the area. He also had custom built underwater lights made up to set on the bottom thereby drawing the manta rays away from shore into deeper water where it would be easier to position groups of divers.

It was an instant success. Other dive operators then followed suit. Marine life interaction guidelines were established to ensure that the manta rays were not harmed. At that time, James Wing had the video concession at Kona Coast Divers, so he simply covered the manta ray dives as well. 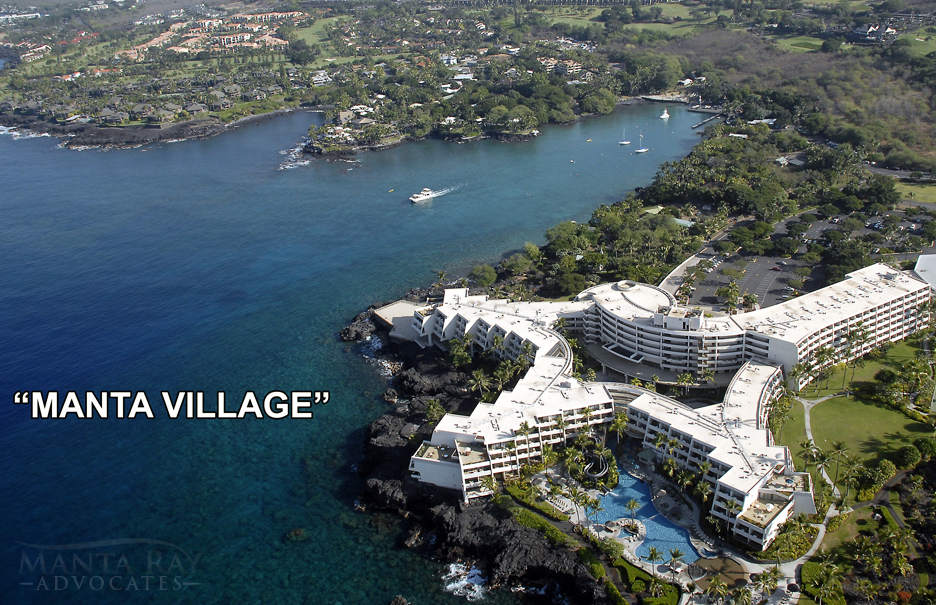 In its early stages, the manta ray night dive was scheduled once a week, yet it was only a matter of time before boat operators would be doing this every night. Over the years, more manta rays were conditioned to feed at the Kona Surf Hotel at night.

In May 2000, the Kona Surf Hotel was closed and the lights were turned off. The manta rays stopped frequenting the area until the resort re-opened as the Sheraton Keauhou Bay Resort & Spa in October 2004. When the Sheraton Keauhou Bay Resort & Spa planned their re-opening, James teamed up with the resort to re-create a favorable manta ray venue. A short time later, manta rays returned and many new ones have been identified and named since.

SEEKING A PLACE TO STAY ON YOUR VISIT TO HAWAII?

Discover our popular rental properties on the Big Island of Hawaii. Don’t delay – bookings fill up fast via Airbnb!

The dive site “Manta Heaven” is located offshore of the Kona International Airport on the west coast of the Big Island of Hawaii. The dive community calls this dive site “Garden Eel Cove” during daylight hours. This site is located in Makako Bay that is just around the corner of the most western point of the Big Island, “Keahole Point”.

In the summer of 1999, the manta rays essentially abandoned the Kona Surf Hotel as a feeding area. There were no sightings for many weeks. James knew that he could find the manta rays somewhere along the coastline. He had heard from local boat captains that manta rays were being seen during the day at “Garden Eel Cove”. His friends Mike Ho and Mike & Nicki Milligan told James that they had done a night dive in that bay and a manta swam by.

At the time, our production company Ocean Wings Hawaii, Inc. worked with Eco-Adventures. James took their small boat for some reconnaissance dives and his plan was to dive as many dive sites along the Kona Coast for 20-30 minutes as many nights as necessary, until the manta rays would be found. His first choice was: “Garden Eel Cove”.

On a calm night in August 1999, James placed dive lights in the natural sand chute in about 30 feet of depth at the “Garden Eel Cove” site. Immediately 6 manta rays showed up and enjoyed the meal that was gathering at his lights. They were the same manta rays we have seen for so many years at “Manta Village” including, “Lefty” and “Big Bertha”.

The dive site “Manta Heaven” was created. It was named by Ranya Henson, a former employee of Eco-Adventures. James and Eco-Adventures were the first to regularly schedule manta ray night dives there. Soon after, other boat operators picked up on it and followed them to the newly established Northern site. James also created the stone circle, also known as the “campfire”, that has been used as a point of reference to settle down the divers in the sand chute in the least disruptive way. It is still used to this day.

Thanks to James we established “Manta Heaven” in 1999. We were fortunate to have the alternative site while the Kona Surf Hotel closed down in May 2000 and the floodlights were extinguished.