The Development of a Baby Manta Ray 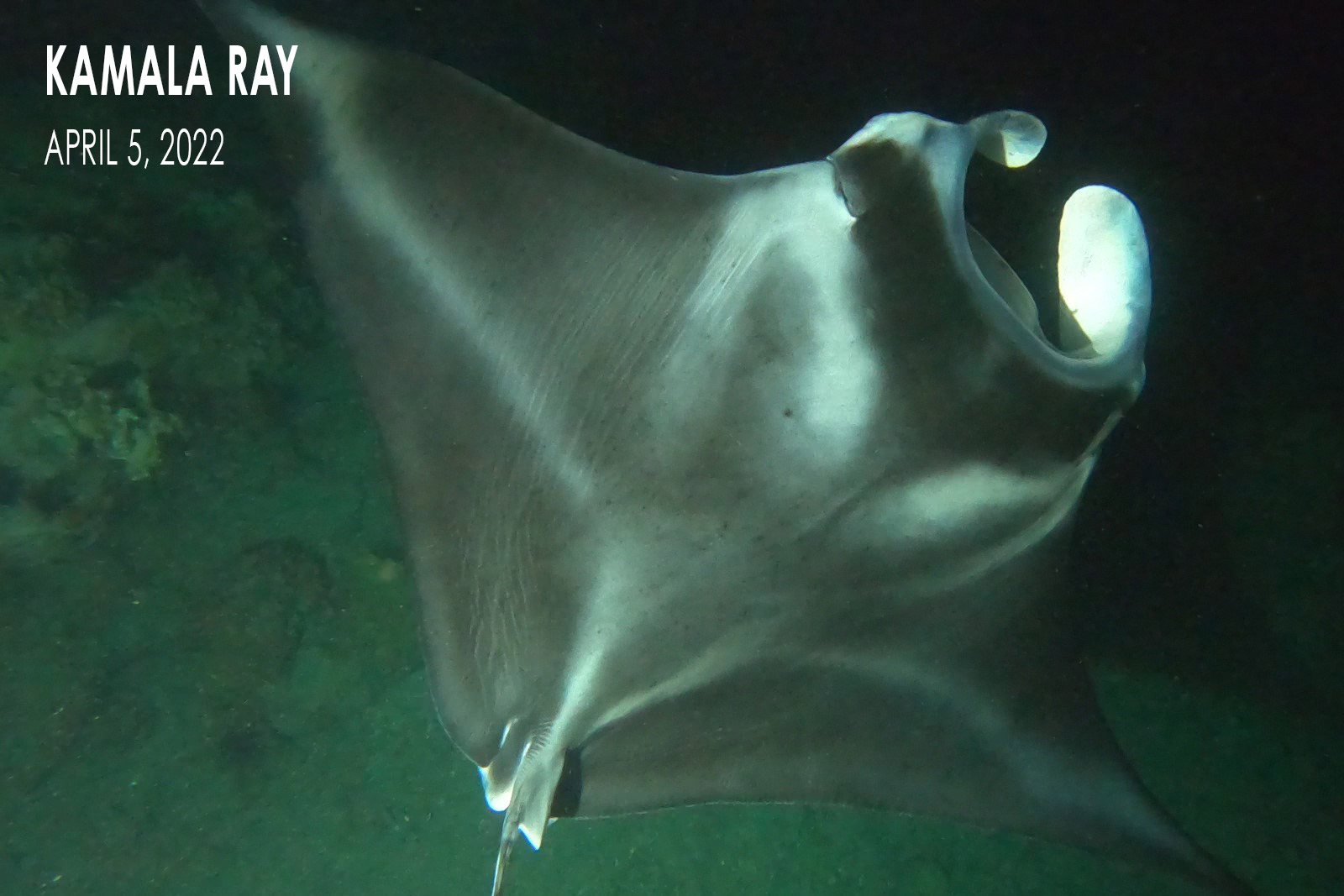 It’s still unclear to us how baby manta rays develop, as it is hard to study ocean creatures this mysterious and elusive. But by observing manta ray mating rituals, the birth of a manta ray pup, and the pregnancy of individual manta rays (like the video footage we turned into Big Bertha’s pregnancy diary here), we’re learning more and more each year.

In 2021, we had the privilege of meeting the smallest manta ray we’d ever seen – she must have been a newborn.

The Discovery of a Baby Manta Ray

Two days before Thanksgiving 2021, we were taking a group on a moonlight swim with manta rays when we saw a tiny manta.

As far as manta rays can be tiny, of course: newborn reef mantas are usually around two to three feet (around 60-90 centimeters) from one fin tip to the other. This baby manta was about 2.5 feet.

Although manta rays are fish, their pups are born alive; they only give birth to one pup at a time. The baby manta gets expelled from the mother with its pectoral fins folded behind its back (imagine: rolled up like a burrito), and so it makes sense that when the pup unfolds its wings to start swimming, there would be crease marks (aka fetal folds or birth wrinkles). Read all about the birth of manta ray babies (with pics and videos) on this page!

These crease marks were still showing on this “tiny” pup, and this was something that (to my knowledge) had never been reported on before about a live manta ray.

We were overjoyed that the pup came incredibly close to us humans; she was obviously new to the situation of feeding around the big lights at the manta ray viewing site.

She came so close, that we were able to take pictures of her fetal folds. 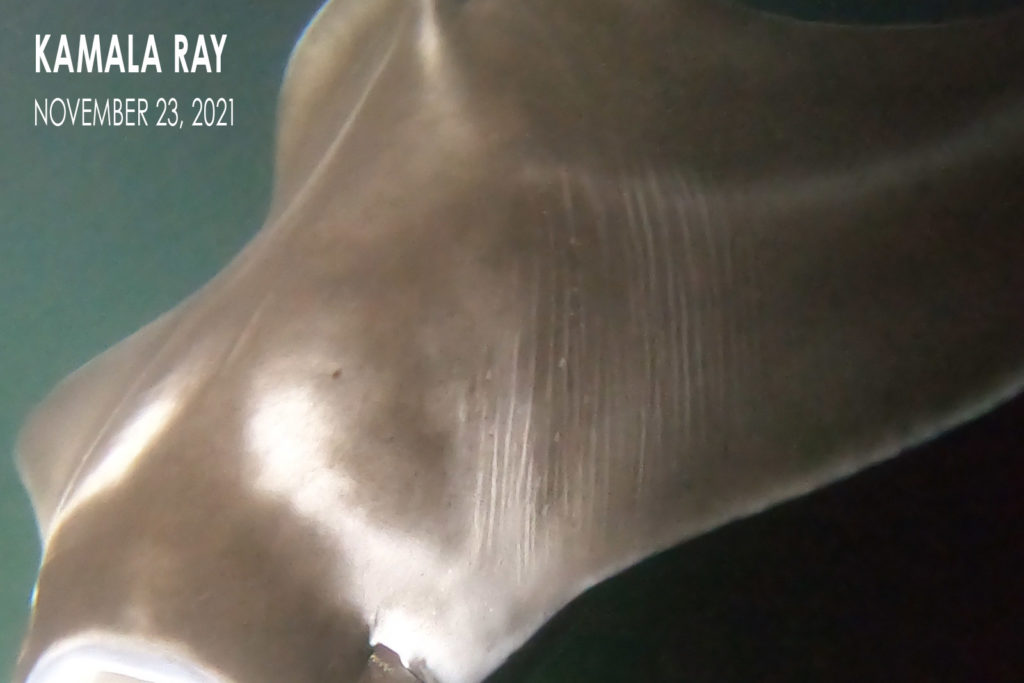 Once we got over the surprise of meeting this tiny new manta ray, we wanted to check the sex and see if it’s a male or female manta.

In order to do that, we looked for claspers (male parts) by the pelvic fins but couldn’t find any. This allowed us to identify the little manta as female.

Read more here about how to see the difference between a male and female manta!

The Naming of the Baby Manta Ray

We have enjoyed naming many manta rays over the years.

Since the first couple of sightings took place in November and December of 2021, shortly after the US Presidential Election of 2020, when Kamala Harris became the first woman, the first Black American, and the first South Asian American to be elected vice president of the United States.

I was thrilled that the pup is a female, and really, had no choice but to call her “Kamala Ray”. I admire Kamala Harris for her incredible leadership and breaking of the glass ceiling, and had been wanting to name a manta ray “Kamala” for a while so this was my chance!

Really, we had no choice but to call this baby manta ray “Kamala Ray”.

Read more here about how manta rays get their official names!

After a few sporadic sightings in November and December of 2021, Kamala Ray didn’t show herself in the first three months of 2022. But we were even more thrilled to welcome her back at the viewing site in April 2022.

Her fetal folds (birth wrinkles) were still visible, but they were a bit more stretched and had flattened out. 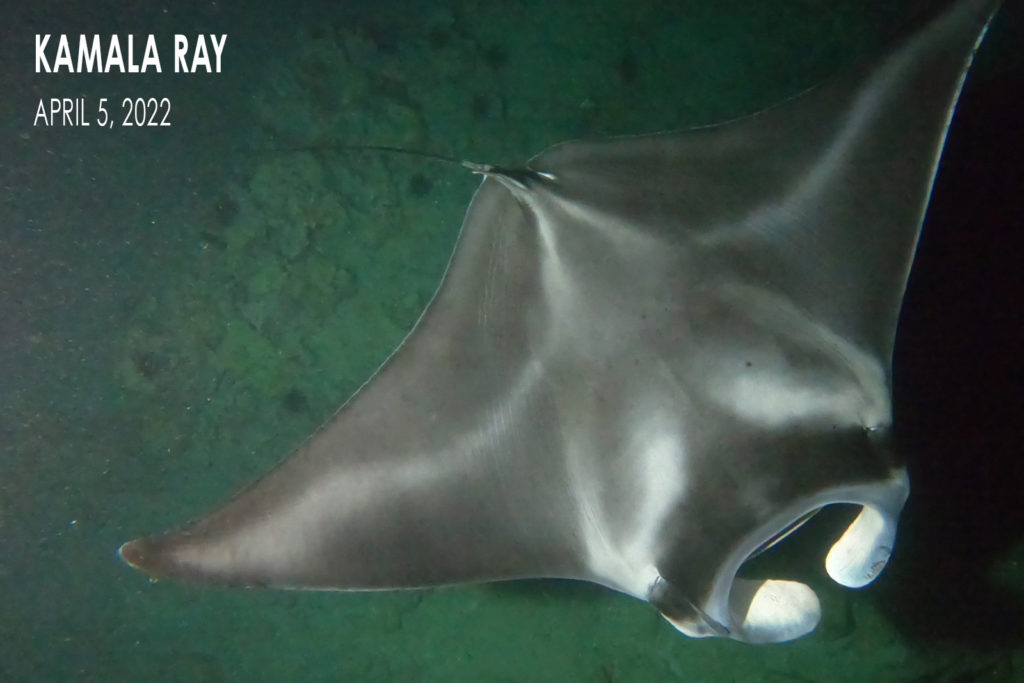