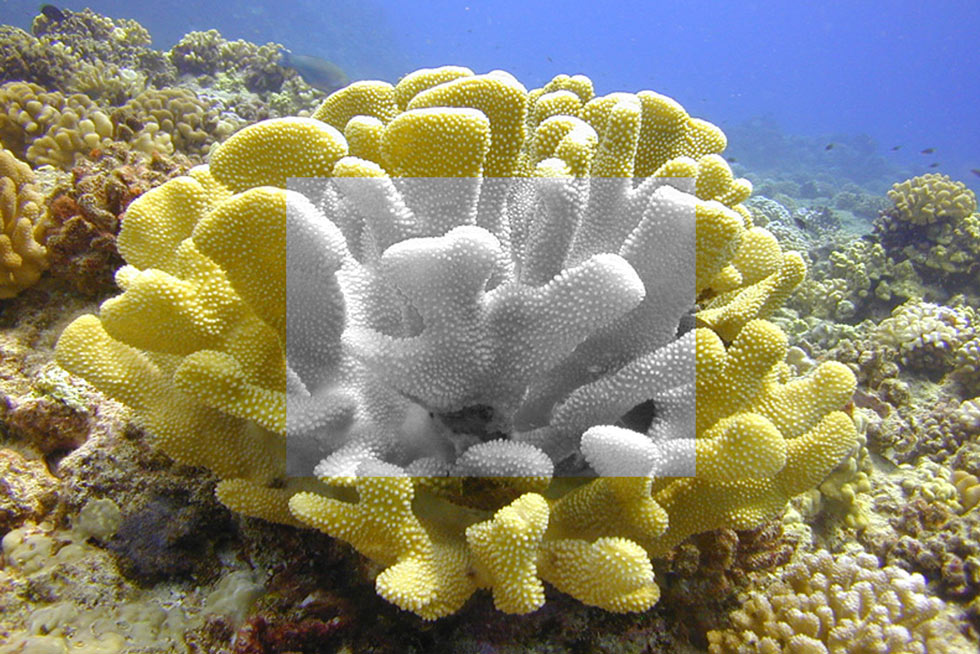 After posting about Greta Thunberg (age 16) and her campaign to listen to scientists about climate change, a few skeptic comments started to trickle in questioning if global warming is really happening.

There is no doubt that the problems our planet are facing are complicated and complex. It’s easy to feel overwhelmed and brush things under the carpet (“out of mind, out of sight“), but this doesn’t mitigate the facts.

So today’s post is a reality check of what we encounter here in Hawaii right now, and believe me: It’s real!

What Causes Coral Bleaching in Hawaii?

By October, the ocean normally has cooled off with the start of fall/winter season, but after another very warm summer ocean temperatures around the Hawaiian Islands have been measured at 3 to 3.5 degrees above normal levels.

One real consequence of phases of extended warmth or heat waves, is the fact that it puts a lot stress on coral as it causes coral bleaching which puts the entire reef ecosystem at risk.  According to this educational chart “What is coral bleaching” by NOAA, the following happens: 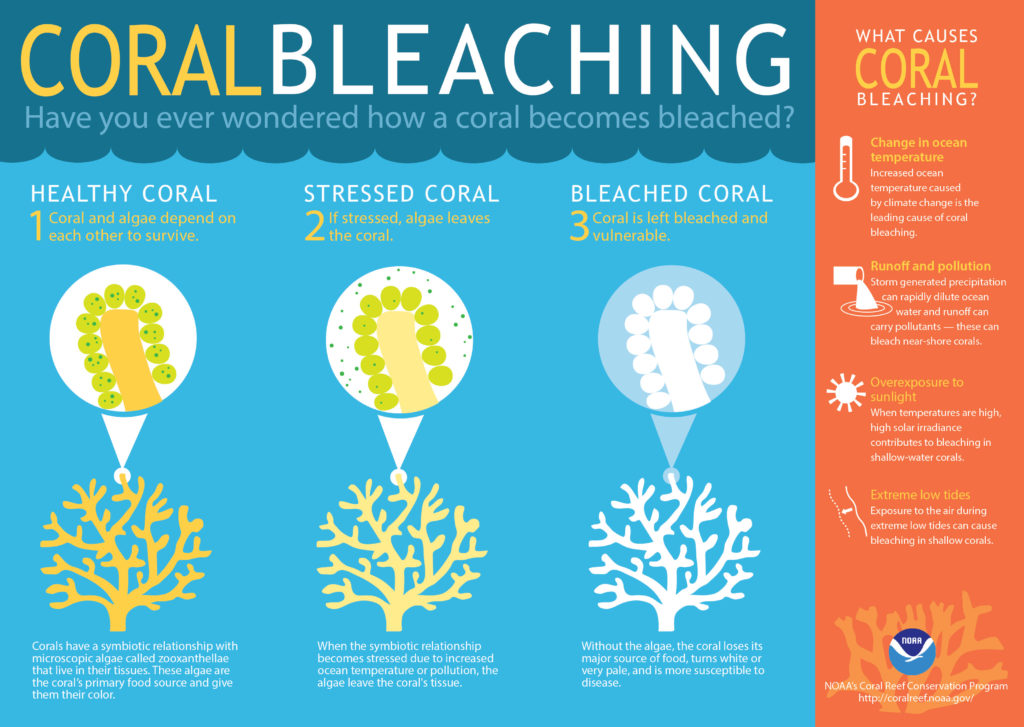 Legendary underwater photographer Doug Perrine posted this photo on his Facebook a few days ago showing the current devastation to cauliflower corals in Maui. A very hard pill to swallow. 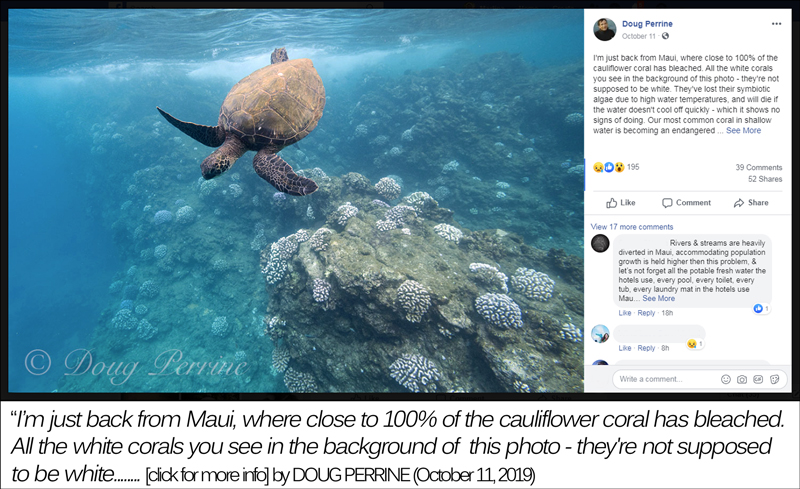 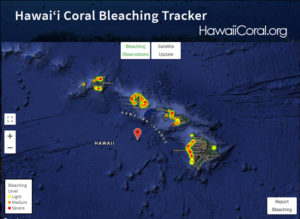 Here is some good news: Collaborative efforts of educational and governmental groups – plus citizen science – have joined forces. Check out the real-time Hawaii Coral Bleaching Tracker which encourages residents and visitors to report coral bleaching.

More eyes on the reef plus aerial observations result in more accurate information and a chance to implement more effective measures.

Over the last few years, incredibly well-produced documentaries have been released to create awareness and education for the ocean such as Mission Blue, Black Fish, Extinction Soup, and one of my favorites “Racing Extinction”.

It was one of the first groundbreaking films that has drawn attention to mankind’s role in the potential loss of at least 50% of the world species in the very near future. One part of the show is about manta rays, their loss of habitat, and what solutions are available.

One such solution was a fishing village in Indonesia made into a sustainable future for the mantas through eco-tourism. It created a win-win situation for the animals as well for the fisherman who just needed to learn how to earn a living by keeping the fish alive.

Another documentary that made waves across the globe is: “Chasing Coral“, a documentary about the devastating effect of ocean rising temperatures with the consequences of today’s topic: coral bleaching and reefs dying worldwide. 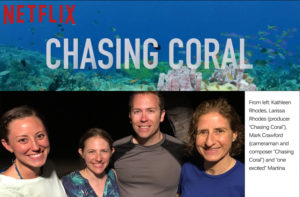 It’s always a thrill to meet people in person that have reached big audiences. Imagine my delight when I got to know Larissa Rhodes, the producer of Chasing Coral as she joined us at the manta snorkeling adventure last year with her husband Mark plus extended family. What a blast we had.

Larissa was in total awe and literally speechless after meeting five manta rays.

Learn more about Chasing Coral (highly recommended on Netflix) and get involved today too!