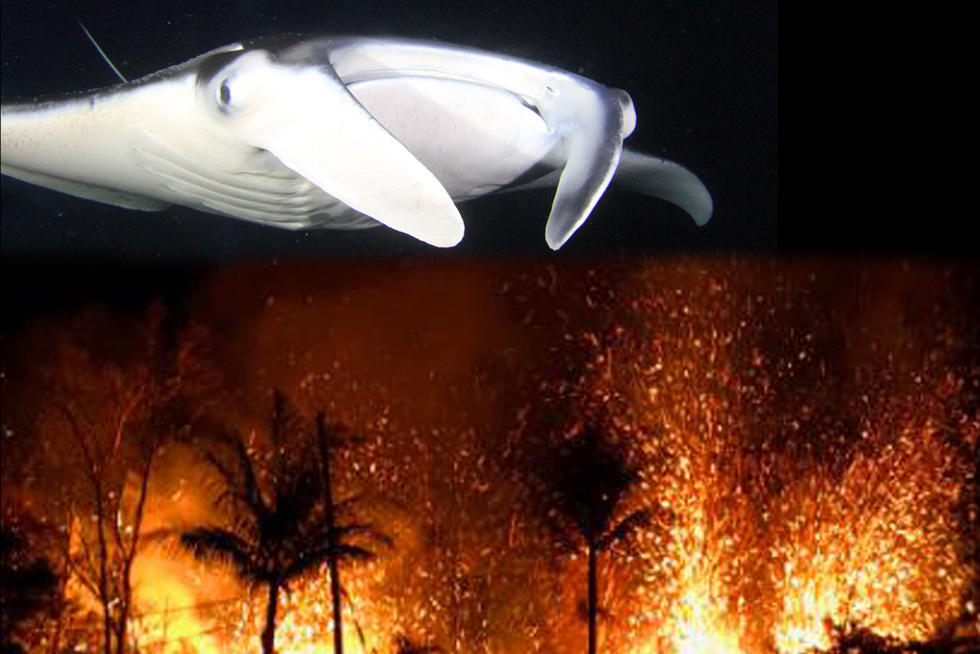 It was about one year ago when spectacular images were broadcast around the world because of volcanic activity at Kilauea.

It’s one of the most active volcanoes on Earth for over 30 years and a destination that draws many visitors to the Big Island.

The media frenzy was CRAZY. People simply thought the whole island was on fire (while not true, the Hawaii volcano eruption did have a real economic impact).

The weekly cruise ships that dock in Kona and Hilo decided to not stop here for several months which started the ripple effect for those businesses that depend on tourists. Many travelers canceled their vacations to the Big Island and the excessive media coverage was taking its toll on those who had nothing to do with it.

The part that was really crazy?

Check out the following image: The size of the Big Island is 4,028 mi², and the affected area with lava flowing to the ocean was only 20 mi²! 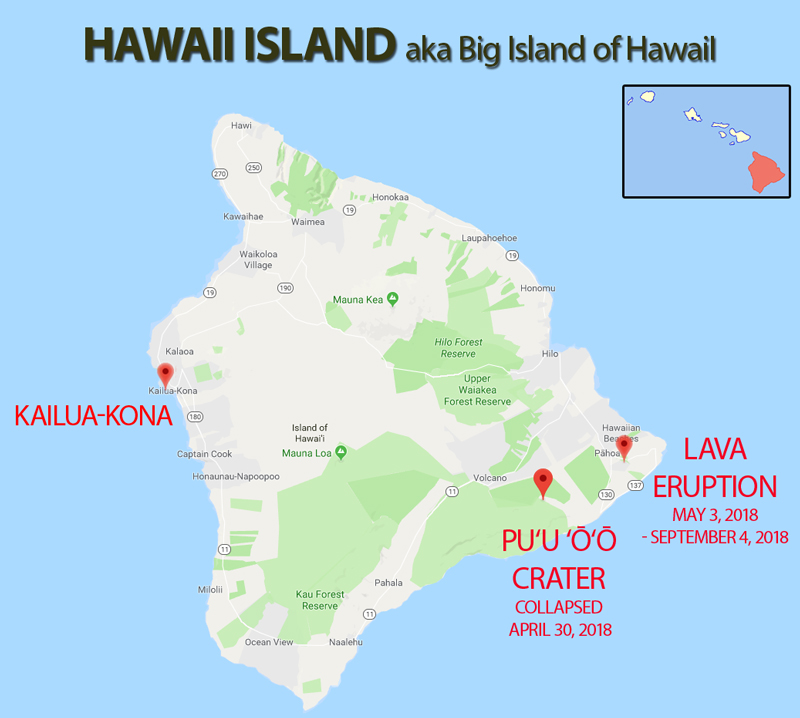 One fascinating incident (literally) blew us away last year was when a lava bomb landed on a tour boat leaving several people injured.

Kilauea was pumping out a lot of fast-moving lava and when it hit the ocean, many small and big explosions occurred. Projectiles the sizes of basketballs were thrown into the air, and while this probably happens often, the odds were insane to land on a moving target (boat).

I am usually not a fan of sensationalism, but that story was something else to see!

THE VOG WAS TOUGH

Vog is a form of air pollution due to volcano eruption, and even when the sun was out, the west side of the Island was getting anything but clear skies. Many days the vog was so thick it affected the visibility. Many people reported headaches, red eyes, and congestion. Some left the islands for good. 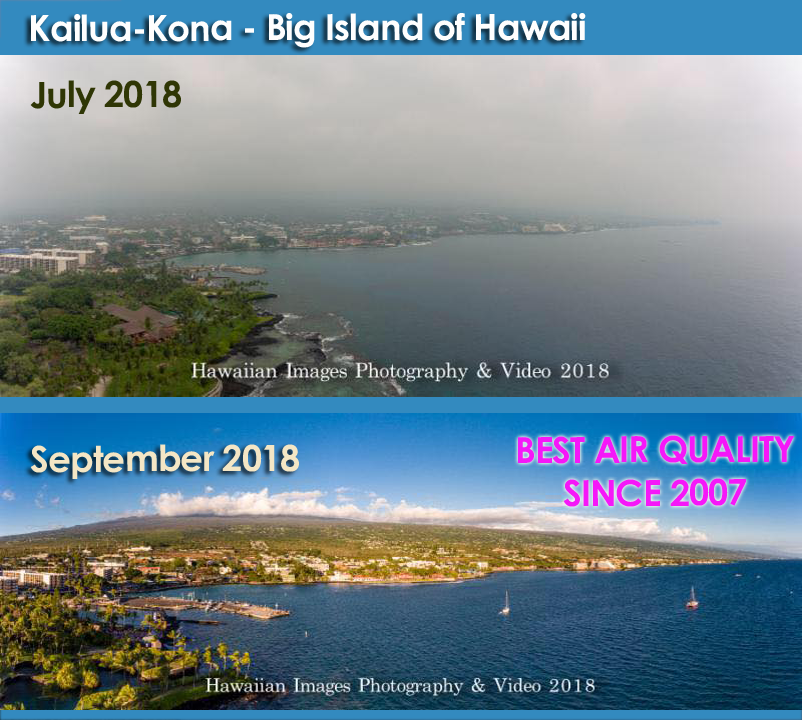 Three months after the eruption, the lava flow subsided substantially and the last active lava was reported at the surface on September 4, 2018.

In 1983, Kilauea went off for the first time and what a relief it was when the news spread – that after 90 days of inactivity from the volcano, the eruption was declared to be over on December 5, 2018!

NO MORE VOG and we all are rewarded with the island’s best air quality since 2007!

It is wonderful to have clear blue skies and sunshine almost every day with beautiful sunsets.

WERE THE MANTA RAYS AFFECTED?

Kilauea erupting was incredible and the good news was that no human deaths were recorded although over 700 families were displaced when they lost their homes.

The manta rays were not affected by all of this activity on the east side and tourism has bounced back slow and steadily. 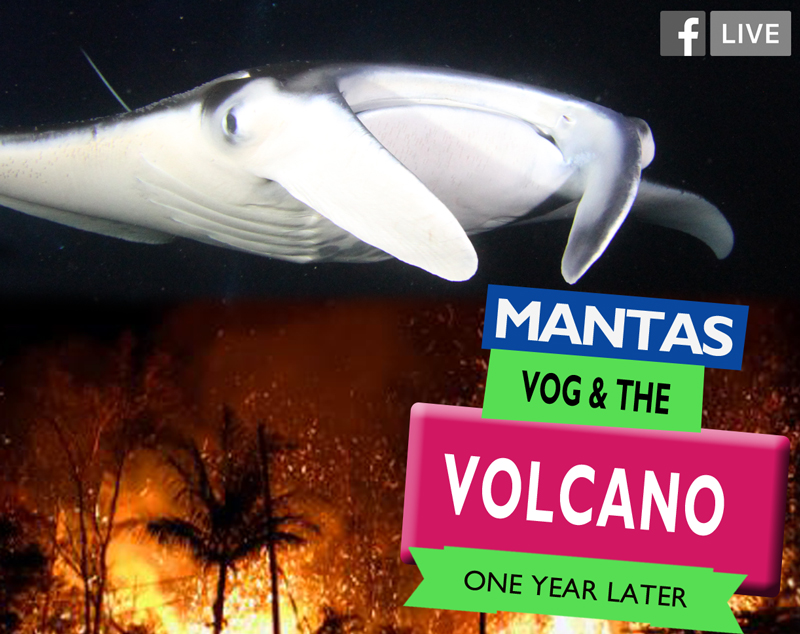 Don’t wait to come out and visit, and if you want to join the Manta Experience, prepare yourself best with the 15 Essential Tips for an Adventure of a Lifetime.