How are Data for Manta Ray Statistics Collected? 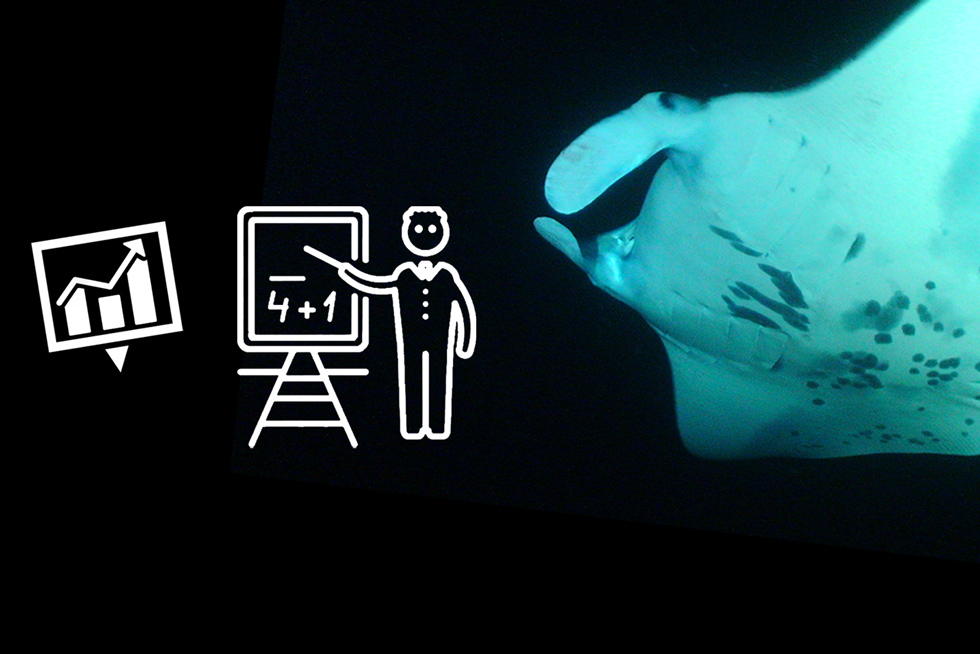 The other day an article titled “Being called a nerd is now a compliment” was perfectly timed with a question from our Manta Ray Advocates Facebook Community member Dave – who was curious about our data collection for manta ray statistics.

Geeking out on data and numbers was probably never a favorite subject while in school for many people, but over the many years of diving with the mantas, it has become a fun and valuable thing to do for us.

What are these “manta ray statistics”?

We also explored the correlation between manta sightings and lunar phases and highlighted when a manta was traveling from one dive site to the next within 24-96 hours. The swim between the sites is about 16 miles!

Loads of data needed to be processed and our manta ray statistics annual reviews for 2011-2013 offer some very interesting insights. 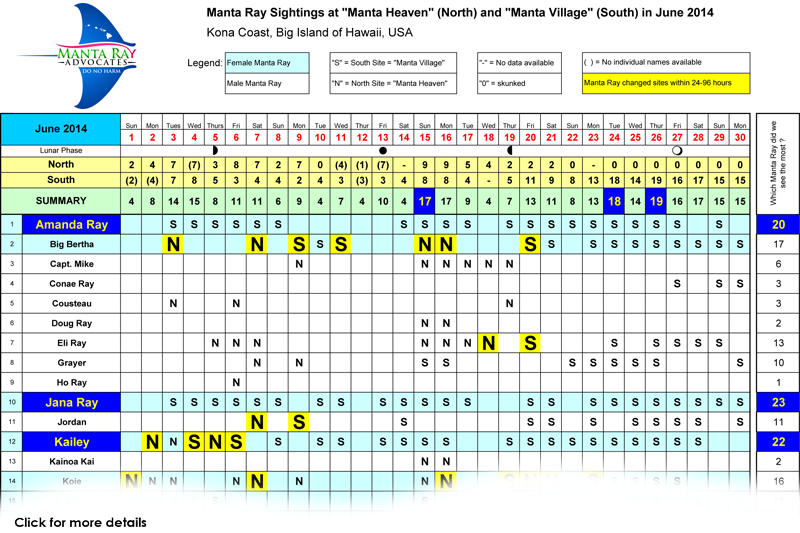 Who Collects all that Information and How?

Facebook community member Dave wondered more about the “behind the scenes” and how it was possible to collect the amount of data and its reliability.

These were his questions:

Must be quite involved and I was curious about the training required.”

Check out the video where I dive into each question sprinkled with some story-telling and cool manta footage.

How a Team of Underwater Camerapeople Collected Manta Ray Statistics

My husband James and I are underwater camera professionals. We owned a production company servicing manta tour boat operators for over 25 years (1991 – 2017). Our team of underwater videographers got to consistently interact with manta rays.

Kona has three different “viewing sites” where tour operators take guests to swim with mantas; we provided dual video coverage at the Keauhou dive site (South) six nights per week (03/2005 -12/2014) and at the airport location (North) seven nights per week (2001 -2017).

Our team was a core group of three:

Each of us has done several thousand dives with the mantas and a camera: James since 1991, Ryan joined in 2004, and I started in 1998. We rotated as the business needed it and sometimes we had a helper but for the most part, it was us.

Manta identification was easy because we had:

(Side note: we still have all videotapes and digital files on file back to 2001 – the German way of record keeping LOL.)

Back then the Manta Pacific Research Foundation asked all in-water guides and dive masters for data input which we submitted, but unfortunately, there was never any analysis or complete data available. It prompted us to use our compilations and see if we could come up with anything.

After each dive we also checked with other experienced dive masters about their sightings. It was a fun-collaboration but could only be accomplished with folks that were also solid on identification. Our team had the advantage of being able to review the tapes and confirm which mantas were there.

THANK YOU Dave for asking these questions as it was like a stroll down memory lane of efforts made to shine a brighter light on the still mysterious manta rays.

The gathering of the data was a love of labor for all of us and took countless hours of processing. 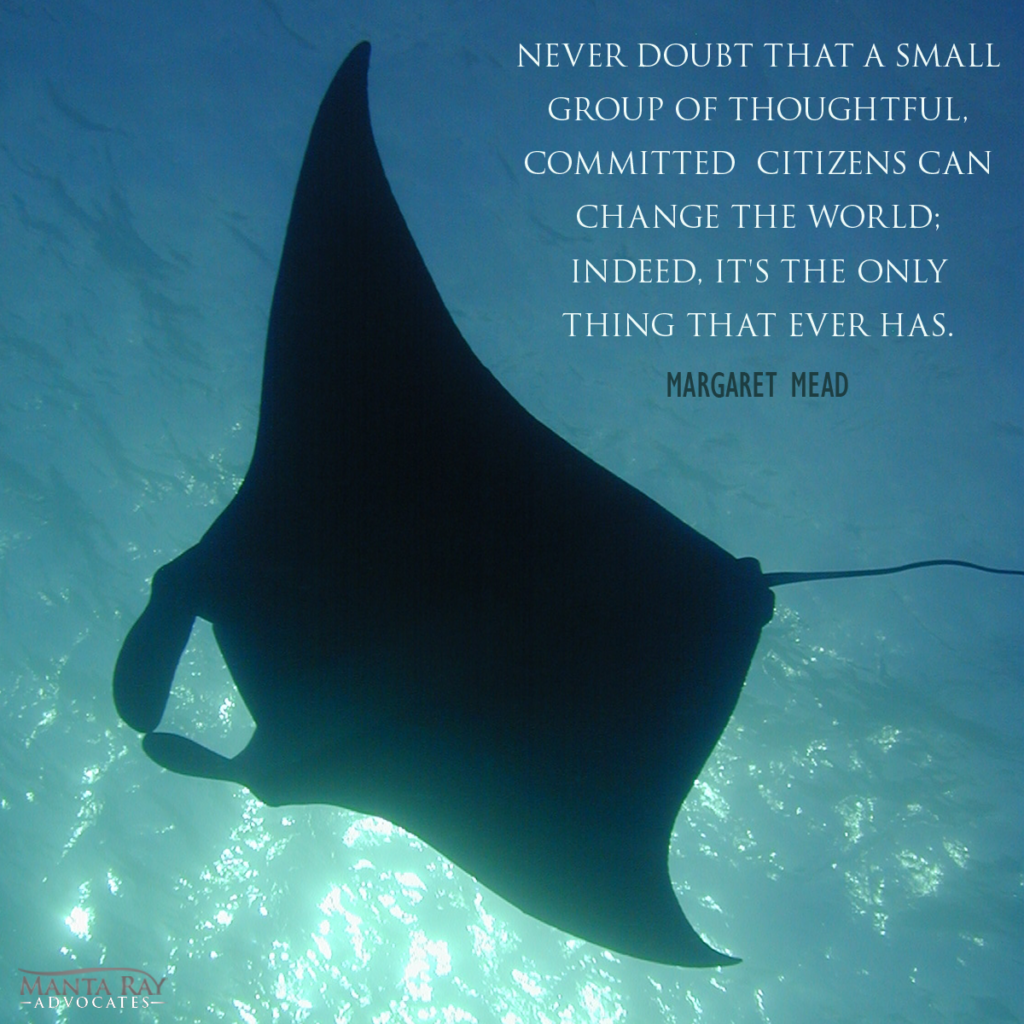 It is uplifting to be reminded that a small group of committed individuals can make a difference for the ones without a voice. It was truly motivated by a craving of knowledge about the gentle giants and an act of passion and devotion for the mantas.

P.S. Would you like to connect with Dave and other manta ray and ocean life advocates? Well, we have another valuable resource for you – the new Facebook community group for manta ray advocates just like you.

Click here to join the Manta Ray Advocates Facebook Group – and maybe you’ve got a friend or two who’d like to join in the online community too? It’s completely free.