Marine Life along the Coast of the Big Island in Hawaii 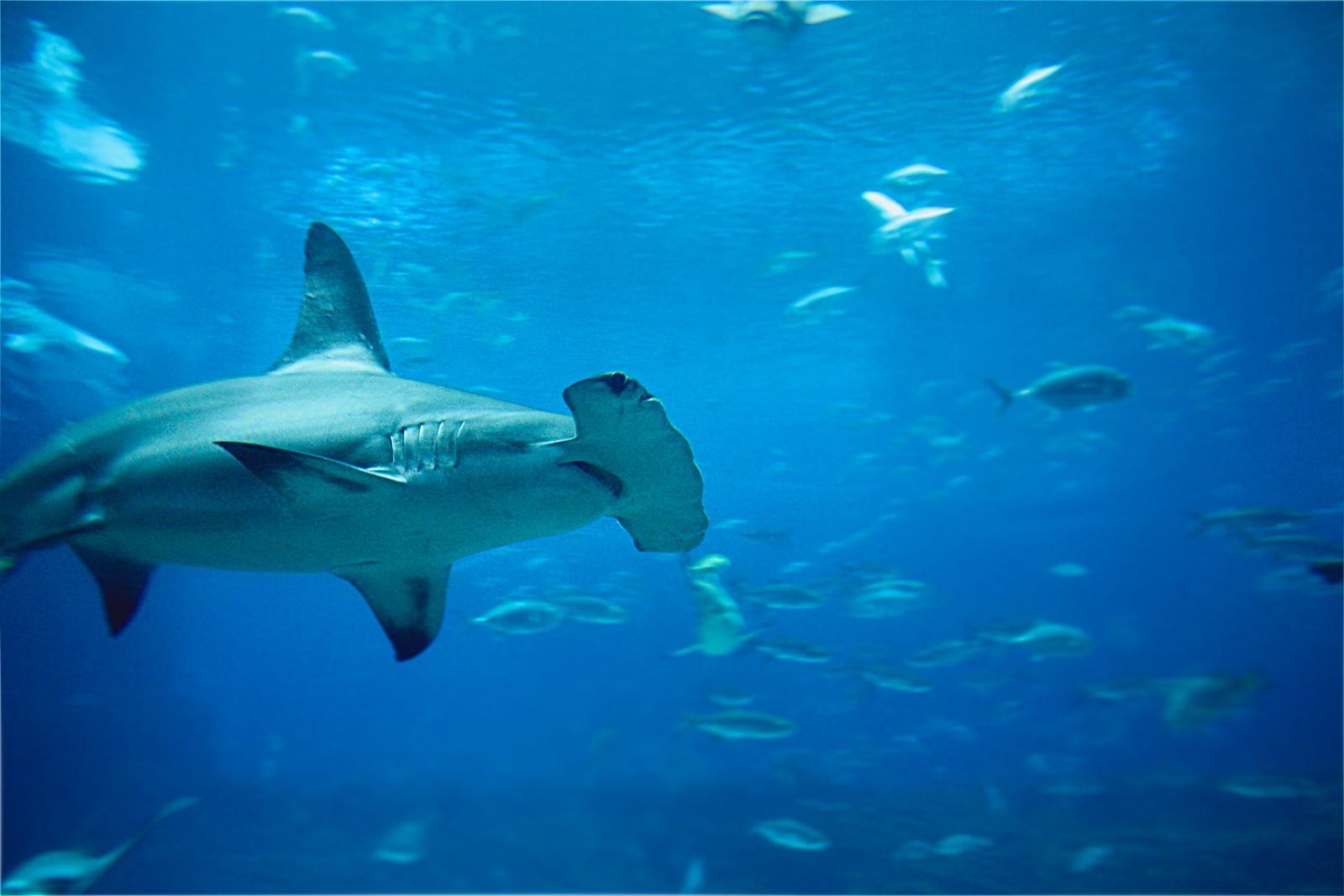 When you go out to swim along the West Coast of the Big Island of Hawaii, manta rays are not the only marine animals you can meet.

​​Hawaii is the most isolated archipelago in the world. That makes it a hotspot for rare marine life: about 30% of everything you see (both above and below the surface of the ocean) is endemic to Hawaii. That means that they can only be found (in their natural habitat) here in Hawaii.

Let’s introduce you to some of the creatures you could encounter on a moonlight swim with us!

Bottlenose dolphins often get spotted in pods of five to fifteen individuals, swimming alongside the bow of boats, chasing fish, and leaping out of the water.

You might also see Hawaiian Spinners or Spotted Dolphins doing the same.

The most famous of all dolphins around here is Notch, the Rescued Dolphin. When local divers rescued him from a nasty fishing hook, the video went viral; and there’s even a children’s book based on his adventures.

With only about 1400 animals left in existence, these monk seals are pretty rare, and many efforts are taken to protect them. Encountering one of them is a special treat.

Watch this video of a baby monk seal (we call her Manu’Iwa) taking her first steps out in the big wide world!

Humpback whales are the largest marine animals you will encounter around Hawaii; they spend their winters (from December to March) here in the warm ocean, mating and giving birth – then they travel back to Alaska for the summer, a journey of around 3000 miles.

If you visit Hawaii during the winter, listen closely to their whale songs! Seeing the humpback whales spraying from their blowholes and breaching right from the shorelines is also very impressive.

Sharks are often made out to be scary and dangerous, which leads people to fear and hate them. This is far from fair, as sharks rarely harm people; when they do, it’s almost always an accident.

Sharks have an important job: they are the cleanup crew of the ocean and keep marine life populations healthy. They kill the old, sick, and injured animals… mostly fish, but also the occasional dolphin, turtle, or even seals.

Our favorite tiger shark is Laverne; she’s often spotted around Honokohau Harbor in Kona since 2003. Meet her up close and personal in the video below!

Also, watch this video featuring a white tip reef shark, a manta ray, and a group of humans snorkeling along the Kona coast – all getting along fine.

Although reef mantas are slightly smaller than their cousins, the giant oceanic manta ray, they are still huge – measuring anywhere from 4 to 14 feet across, fin to fin.

Read all about manta rays on this page, or download the ebook full of fun facts & figures! 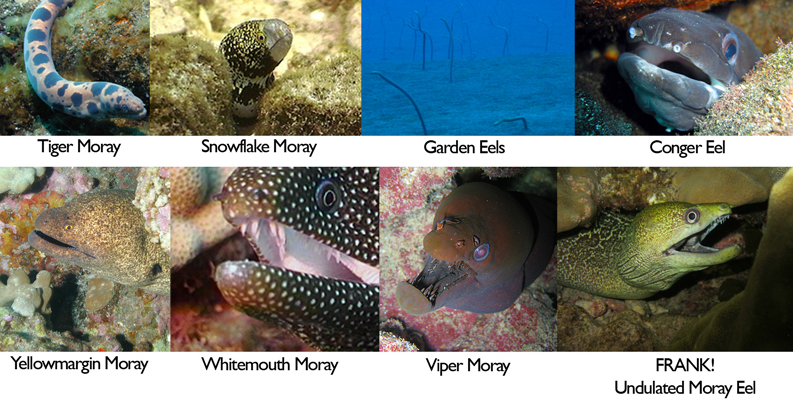 One of the frequent guests at the Manta Heaven viewing site is Frank, the undulated moray eel.

Just as the manta rays are conditioned to come and feed at the viewing sites, so is Frank: he’s learned that sitting in one of the crates divers use for their battery-operated lights is a great way to easily snatch a fish that’s attracted to the light. Talking about an easy dinner!

Watch the fun video montage of Frank’s appearances and encounters with snorkelers and divers on this page.

Once every moon cycle, box jellyfish reproduce offshore, which means there’s a higher probability of running into them when you’re in the water. This lasts for about three days, during which time it’s prudent to practice checking before entry or even stay ashore. Read this article to learn about the phenomenon – and check out the calendar to know when there’s a lower or higher probability of encountering box jellies in the water.

Besides box jellyfish, you might randomly encounter moon jellies or man o’ wars (although the latter is technically not a jellyfish).

Green Sea Turtles are very common here but rare to see at night, so if one shows up during our moonlight manta swims, our guests are even more thrilled! They’re one of five species of sea turtles native to Hawaii. Read more about them here!

Other Marine Animals we often see

Want to learn more about marine life along the coast of Hawaii?

Check out the book, “Notch, the Rescued Dolphin”. Faced with a life-threatening injury and on his way to find help, Notch encounters other fish and marine mammals. The reader gets introduced to the marine animals’ habits, food sources, and we even get to see some of the animals we can meet on a manta ray swim here in Hawaii! Buy the book as hardcover – or get the Kindle version on Amazon.