20 Quotes about Saving the Oceans 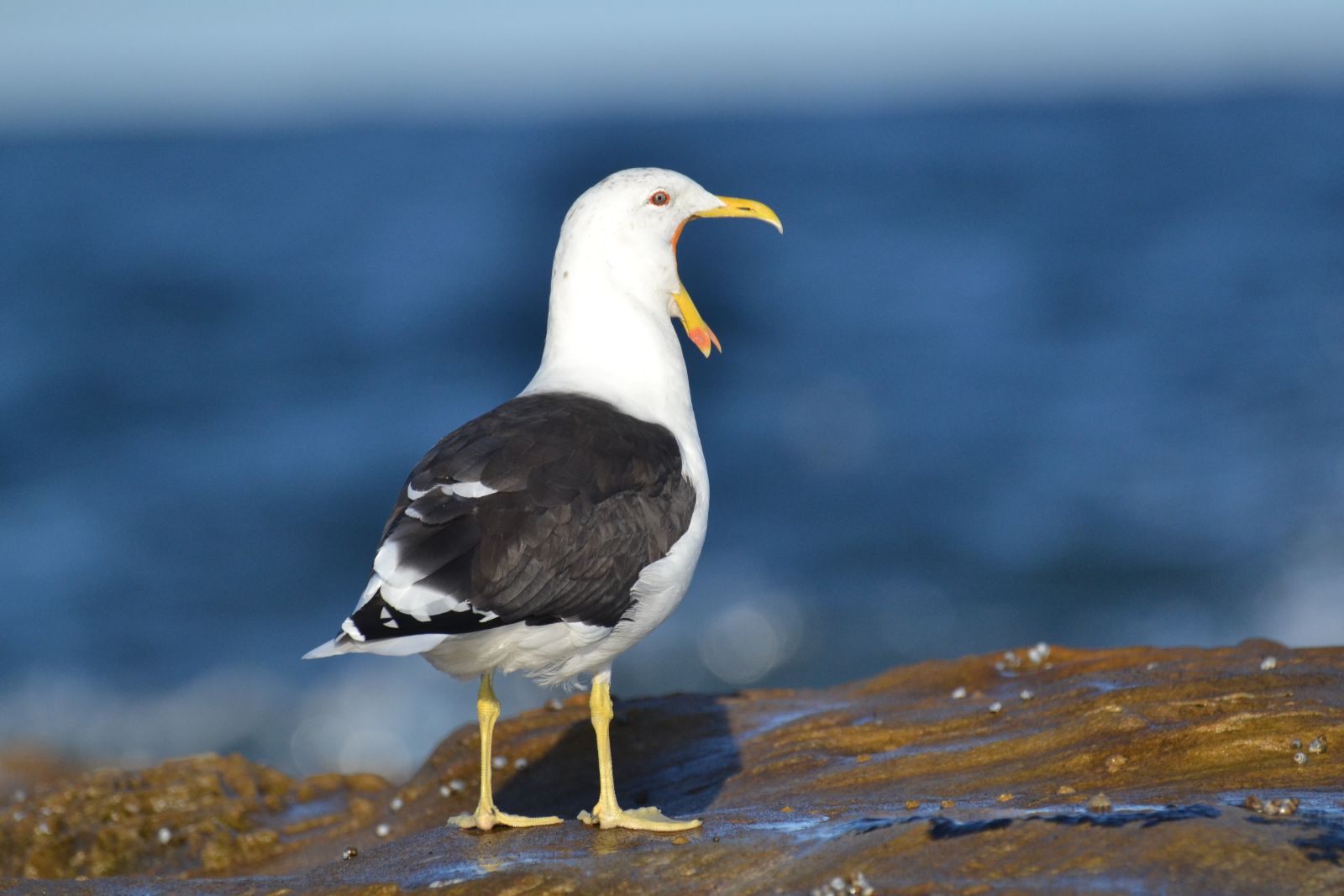 These inspiring quotes about the ocean and marine life are great conversation starters.

Raising awareness about what’s happening to Planet Earth is crucial, and it starts with each of us!

Rob Stewart: Life on Earth is Worth Fighting For 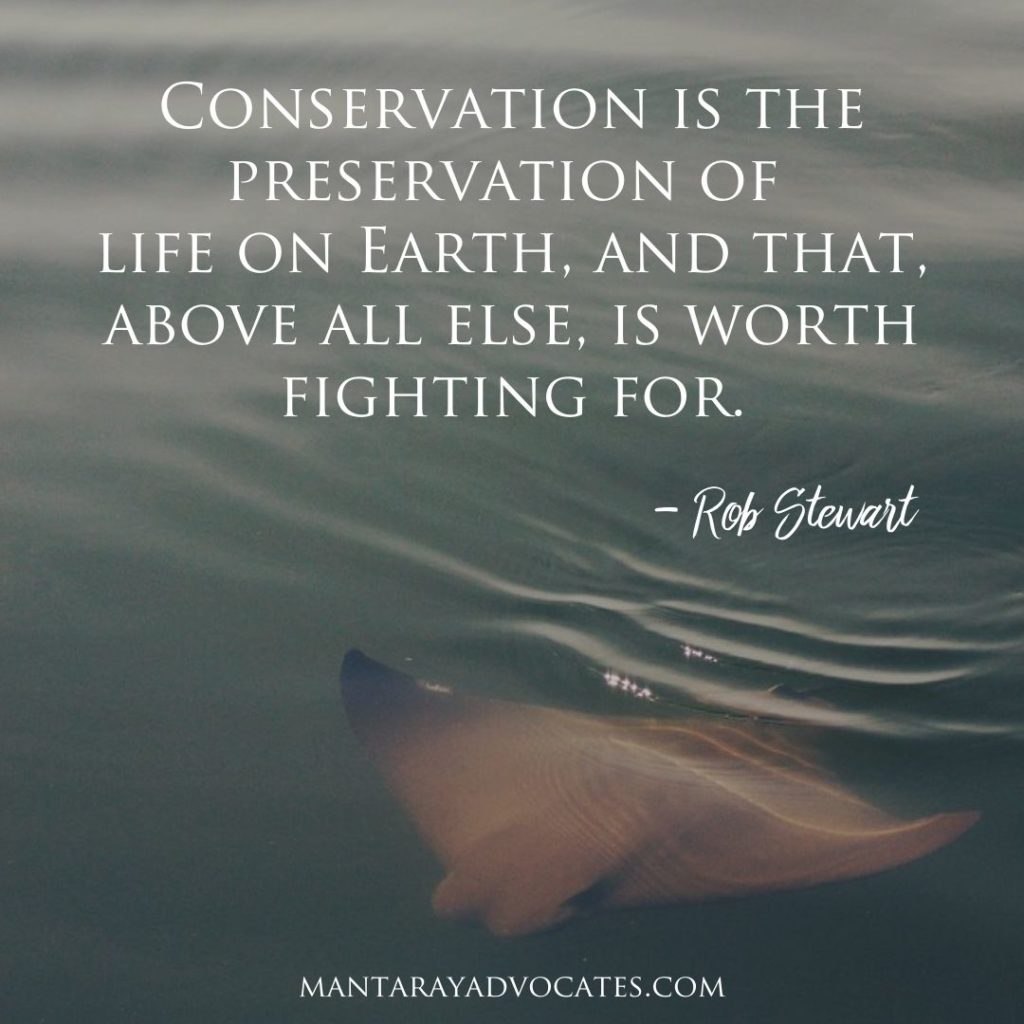 “Conservation is the preservation of life on earth, and that, above all else, is worth fighting for.”

He gained international acclaim with the movie Sharkwater in 2007.

Jacques Cousteau: The sea holds one in its net of wonder 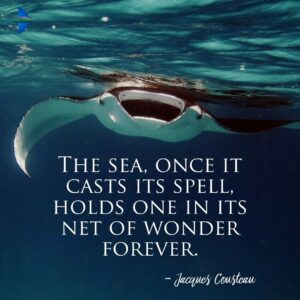 “The sea, once it casts its spell, holds one in its net of wonder forever.”

The name Cousteau is known by ocean lovers all around the world.

Sir David Attenborough: An understanding of the natural world 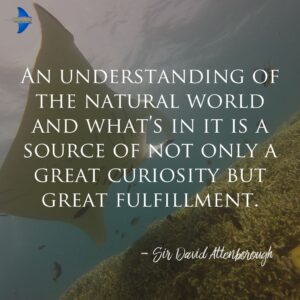 “An understanding of the natural world and what’s in it is a source of not only a great curiosity but great fulfillment.”

Who doesn’t know Sir David Attenborough? Born in 1926, he’s THE voice behind BBC and Netflix nature documentaries, and a huge advocate for all types of life on earth.

Jane Goodall: Get through a single day having an impact on the world 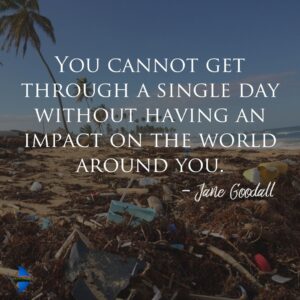 “You cannot get through a single day without having an impact on the world around you.”

Most people know Jane Goodall either as a primatologist (she’s probably the best-known chimpanzee expert in the world) or as an anthropologist and UN Messenger of Peace – or both, of course.

She founded the Jane Goodall Institute, a conservational organization focused on protecting chimpanzees – and inspiring people to protect nature.

Pablo Neruda: The sea teaches me 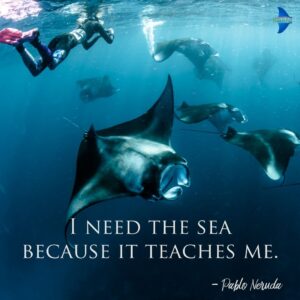 “I need the sea because it teaches me.”

Pablo Neruda was a Chilean poet and politician who won the Nobel Prize for Literature in 1971.

Robert Swan: The greatest threat to our planet 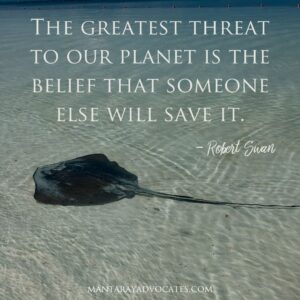 “The greatest threat to our planet is the belief that someone else will save it.” –

Robert Swan is the first person to have walked to both the North Pole and the South Pole, back in the 1980s.

With the 2041 Foundation, he advocates for the protection of Antarctica and for the use of renewable energy.

Jacques Yves Cousteau: The sea is man’s only hope 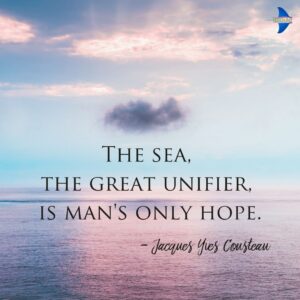 “The sea, the great unifier, is man’s only hope.”

He helped develop the aqua-lung and made many (many) documentaries when hardly anyone else was making them.

His son Jean-Pierre Cousteau followed in his footsteps as an ocean conservationist, even before Jacques’ passing in 1997.

Sylvia Earle: Diversity in the oceans 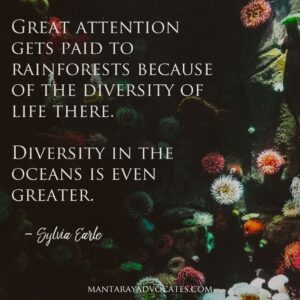 “Great attention gets paid to rainforests because of the diversity of life there. Diversity in the oceans is even greater.”

Sylvia Earle is an American marine biologist and oceanographer. She became well-known around the world when she was featured in the documentary Seaspiracy in 2021.

Pope Francis: Nature as a source 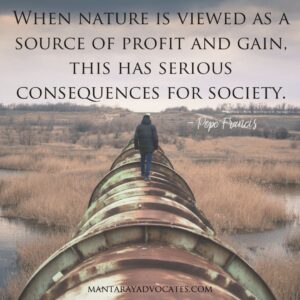 “When nature is viewed as a source of profit and gain, this has serious consequences for society.”

Jane Goodall: Speak out for those who cannot speak for themselves “The least I can do is speak out for those who cannot speak for themselves.”

H.P. Lovecraft: Ocean is more ancient than the mountains 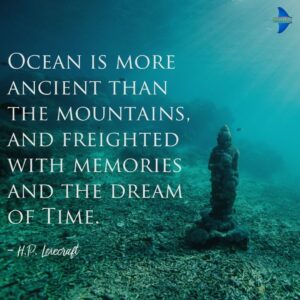 “Ocean is more ancient than the mountains, and freighted with memories and the dream of Time.”

Gandhi: Man is the friend of all living things 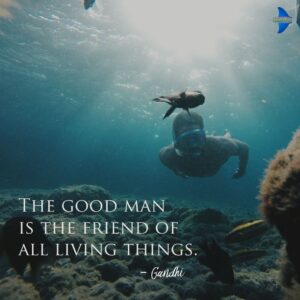 “The good man is the friend of all living things.” 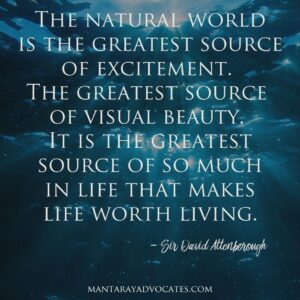 Jean-Michel Cousteau: The foundation of life 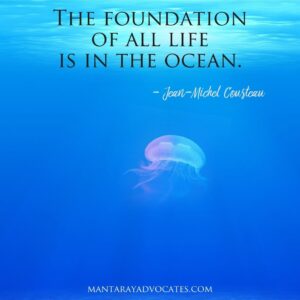 “The foundation of all life is in the ocean.”

Jean-Michel Cousteau followed in the footsteps of his father, Jacques-Yves Cousteau, as an ocean conservationist.

Sarah Kay: The way the ocean refuses to stop kissing the shoreline 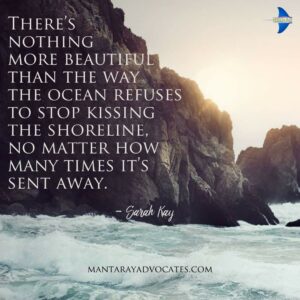 “There’s nothing more beautiful than the way the ocean refuses to stop kissing the shoreline, no matter how many times it’s sent away.”

Steve Irwin: We don’t own the planet Earth 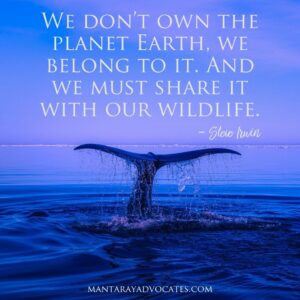 “We don’t own the planet Earth, we belong to it. And we must share it with our wildlife.”

Steve Irwin often comes up in our frequently asked questions: people believe he was killed by a manta ray, leading them to believe mantas are dangerous.

To that, we reply that no, Irwin was killed by a stingray – and manta rays have no stinger, no barb, and they are mostly peaceful and pacifist animals.

Jane Goodall: The most intellectual creature destroying our only home 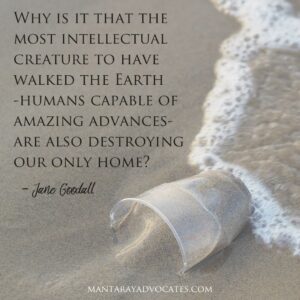 “Why is it that the most intellectual creature to have walked the Earth-humans capable of amazing advances- are also destroying our only home?”

Edith Widder: Most of the animals in our ocean create light 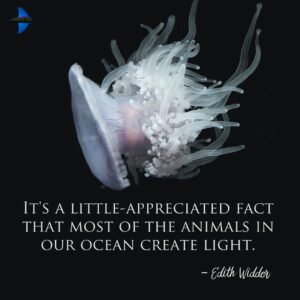 “It’s a little-appreciated fact that most of the animals in our ocean create light.”

Albert Einstein: The world will be destroyed by those who watch them 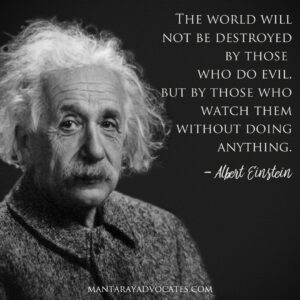 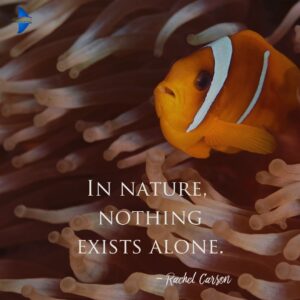 “In nature, nothing exists alone.”