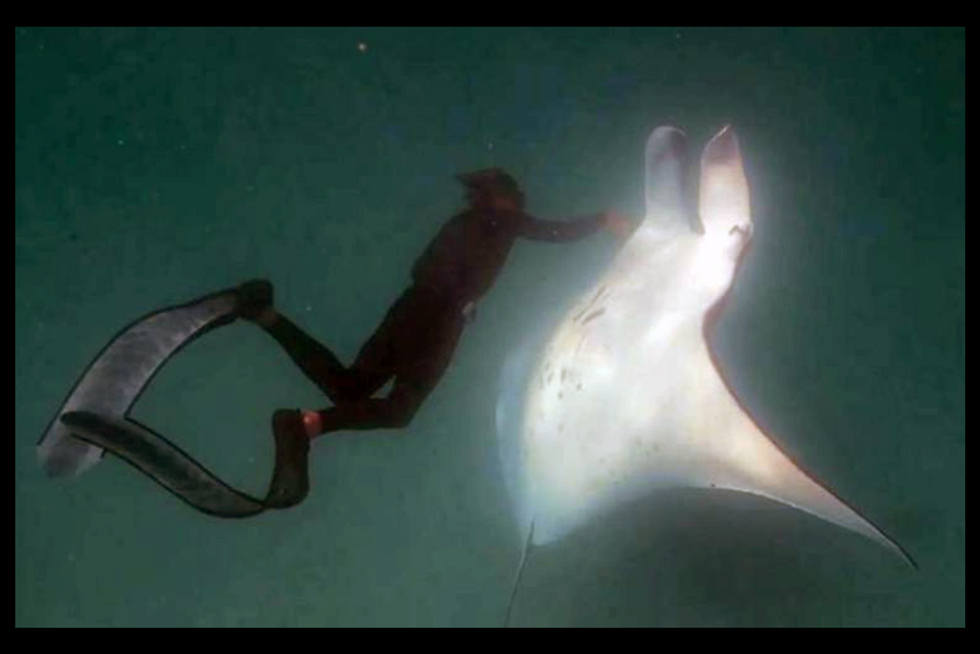 It was quite unusual to see video of the manta ray who asked for help. Or was it? As our own dolphin rescue demonstrated, ocean animals often reach out to humans for help. More on that in a moment.

But the recent underwater video of “Freckles”, the manta ray who asked for help, was truly remarkable and worth sharing in honor of the talented divers who helped her.

The manta ray in distress happened in Western Australia in Ningaloo Reef where instructor Jake Wilton helped Freckles remove a hook stuck near her eye.

WOOHOO!! Don’t we all LOVE a happy ending and the news reported that Freckles is doing well and has healed nicely!

While the world is astonished that the manta ray let Jake help her, it actually isn’t a surprise occurrence.

As Manta Ray Advocates, we have filmed at least a dozen beautiful interactions between humans and manta rays off the Kona Coast in Hawaii.

The gentle giants of the sea often need to be saved from fishing or anchor lines, hooks, and other man-made stuff.  Often the divers at the manta experience are able to help them.

For example, “HOORAY” for the dramatic rescue of Nick Ray who had a big camera rig caught in his cephalic fin.

Or Koie Ray who has endured many rescues – including an event in June 2004 when my husband James amputated her severely damaged cephalic left fin. 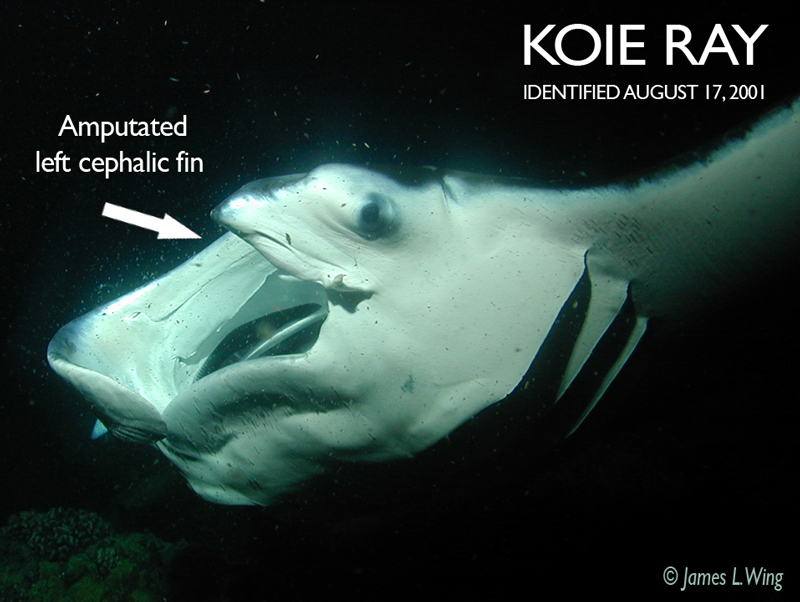 We theorize that Koie seems to know that the manta dive is like a “First Aid Station“. All the cool rescue footage of her can be seen in this three part series on our Manta Ray Advocates Facebook page (Part 1, Part 2 and Part 3).

Koie Ray continues to be seen regularly and is definitely a survivor and thriver.

More often than ever, thanks to cameras everywhere, we see great storytelling about land and sea animals getting rescued by humans.  These remarkable stories never get old.

Just recently, our viral video about the rescue of “Notch”, a Bottlenose dolphin who lives along the Big Island, was re-posted by a social media company and garnered over 40 million views and 50,000 comments in a very short time.  You can check it out here –>”Wild Dolphin Knew Exactly How To Ask People For Help”

When the original video went viral in 2013, it was those comments and emails that motivated me to keep telling the story – so I decided to publish an accompanying children’s book called “Notch, the Rescued Dolphin” to educate the next generation about preserving the world’s ecosystems. 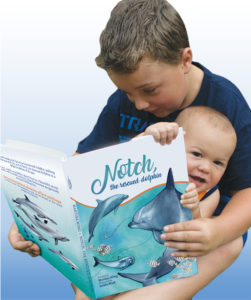 Over 1,500 copies of “Notch” have now sold worldwide. You can preview this heart-warming story of compassion and kindness right here on our website –>

And, thank you again to the skilled diving team in Western Australia for helping Freckles too!